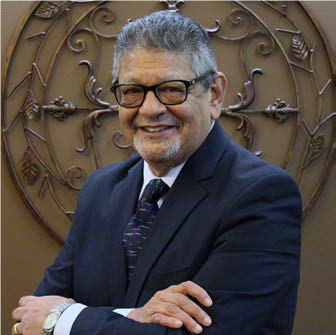 Alli Amlani C.Dir., RCIC has been counselling in Canadian Immigration matters since January 1988. He served as a Board Director at Organization of Professional Immigration Consultants (OPIC) 1991-2004, Canadian Association of Professional Immigration Consultants (CAPIC) 2005-2008, Canadian Society of Immigration Consultants (CSIC) 2008-2011 and Immigration Consultants of Canada Regulatory Council (ICCRC) 2012-2016 as the Chair of the Board (2013-2015), Chair of HRCC (2012), OCC (2013), GNC (2016), Mediation and CEO Search committee (2016/17). Since 1991, he attracted much-needed attention of CIC/IRCC towards the legitimacy of the Immigration Consulting Profession and advocated for Self-Regulation. In this plight, he introduced Professional Development Courses in 1992 and unveiled the Immigration Practitioners Certification (IPC) program in 1996. Besides setting up the Infrastructure and developing teaching materials, he recruited and trained presenters. IPC is the entry requirement standard for the Regulated profession today. Inspiring fellow members with his “Make It Happen” Philosophy, he affected change in every aspect of attaining and sustaining education, staying updated, raising ethical standards, camaraderie and good Governance. He continues to help build infrastructure, focusing on succession planning, and long term sustainability of the profession. Alli holds an IPC from Seneca College and “Not-For-Profit Governance Essentials” program certificate from Rotman School of Management, University of Toronto. He became a Chartered Director (C.Dir.) in 2011 from The Directors College (joint venture of McMaster University and The Conference Board of Canada). He is a recipient of the Shepherds, Pillars, Leadership and Lifetime Achievement Awards from CAPIC and Seneca College. As a Chartered Director, Alli has provided governance training and orientation to several aspiring and existing Directors and committee members of Professional Associations. Alli migrated to Canada in 1976 from Kenya where he held a senior management positions in a multinational organization.