With its’ 9.98 million square kilometers, Canada is considered the second largest country by total area. Canada is in north America.

Canada is a country with a lot to offer. With a democratic government, a mosaic of cultures, and four unique seasons, this country is an attraction for immigrants and tourists alike. Canada has a population of 33 million people. There are two official languages: English and French, and the country’s capital is a beautiful city named Ottawa, located in the province of Ontario.

Canada features black-blue lakes, numerous rivers, majestic western mountains, rolling central plains, and forested eastern valleys. The Canadian Shield, a hilly region of lakes and swamps, stretches across northern Canada and has some of the oldest rocks on Earth. In some ways, Canada is many nations in one. You will find bits and pieces of every culture in the world. You can walk through the streets of any Canadian city and hear the language of your mother country, or the aroma of your native cuisine. This is why Canada attracts a diverse group of people from all over the world. Everyone wants to call this country their home.

There are 10 Canadian provinces, with three territories to the north. The provinces are: Alberta, British Columbia, Manitoba, New Brunswick, Newfoundland and Labrador, Nova Scotia, Ontario, Prince Edward Island, Quebec, and Saskatchewan. The three territories are Northwest Territories, Nunavut, and Yukon.

The difference between a province and a territory has to do with their governance. Basically, the territories have delegated powers under the authority of the Parliament of Canada; they are grouped together and ruled by the federal government. The provinces exercise constitutional powers.

Each province and territory have its own unique draw for visitors and citizens alike.

British Columbia: British Columbia is the country’s most western province. Bordered by the Pacific Ocean, B.C., as it is more commonly known, has some of the most temperate locations in the country. With coastal islands and a mountainous interior, B.C.’s diverse geography draws adventure seekers worldwide, including skiers, kayakers, and mountain bikers.

Alberta: Alberta is one of Canada’s three prairie provinces. It shares the Canadian Rocky Mountain range with its western B.C. neighbor and is famous as a ski and hiking destination. Alberta is the primary supply and service hub for Canada’s crude oil industry, Athabasca oil sands, and other northern resource industries.

Saskatchewan: Saskatchewan is the central prairie province, landlocked between the other two, Alberta and Manitoba. Most of Saskatchewan’s population lives in the southern half of the region, especially in Saskatoon and Regina. 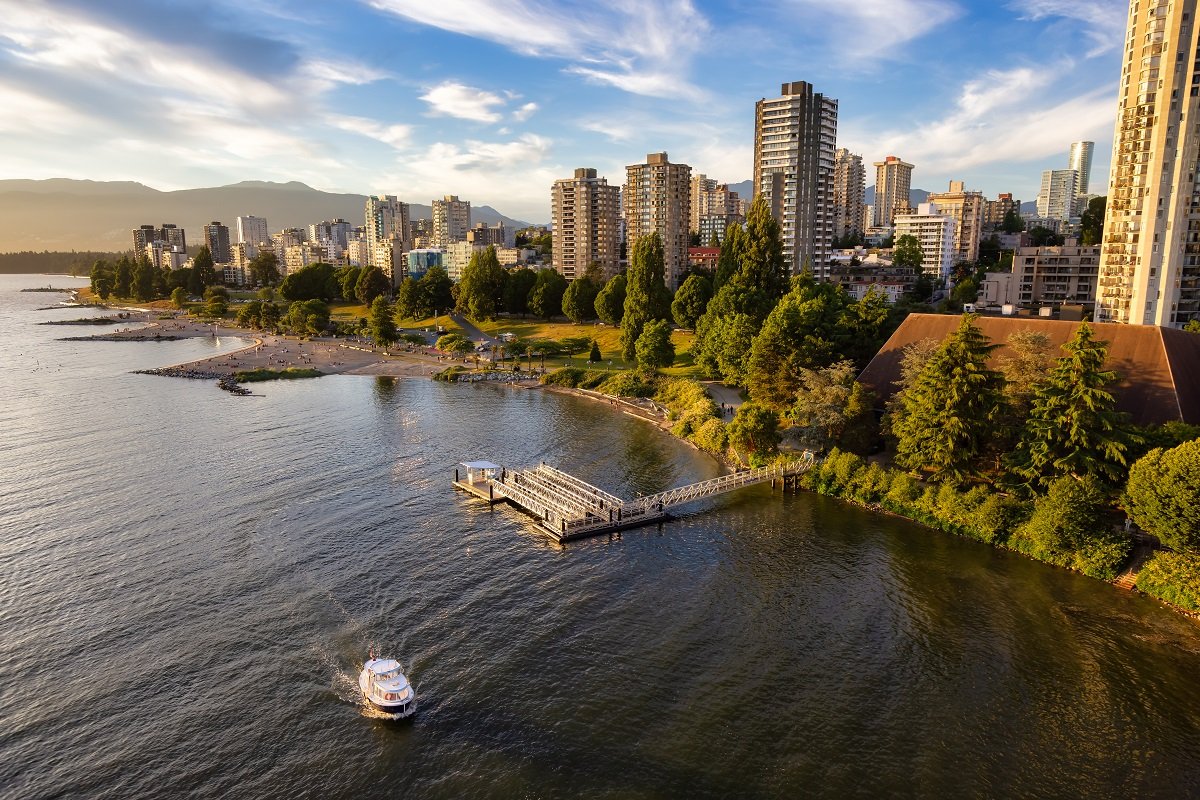 Manitoba: Manitoba is the most easterly prairie province and longitudinal center of Canada. Like Saskatchewan, a majority of the population lives in the southern region. Manitoba’s north comprises Canadian Shield rock and arctic tundra and is largely uninhabited.

Ontario: Ontario is Canada’s most populous province, by a long shot. It is also home to the federal capital of Ottawa and the unofficial financial capital of Toronto. The majority of Ontario residents live in the southern part of the province near Toronto, along with Ottawa.
Quebec: Quebec is the second most populous Canadian province, known primarily for its French-speaking population, culture, and heritage. It is also the country’s largest province by land area.

New Brunswick: New Brunswick is one of Canada’s three Maritime provinces, which form a tiny water-bound cluster on the east coast, just below Quebec and bordering the state of Maine in the U.S. The major cities are Fredericton (provincial capital), Moncton, and St. John.

Nova Scotia: Although the second smallest province, Nova Scotia is the second-most densely populated in the country. It is one of the three maritime provinces and part of Atlantic Canada.

Yukon: The smallest of the three territories, Yukon (also known as “the Yukon”) is the most westerly territory, bordering Alaska.

Nunavut: Nunavut is the largest and most northern territory of Canada. It is also the newest territory, having been separated from Northwest Territories in 1999. 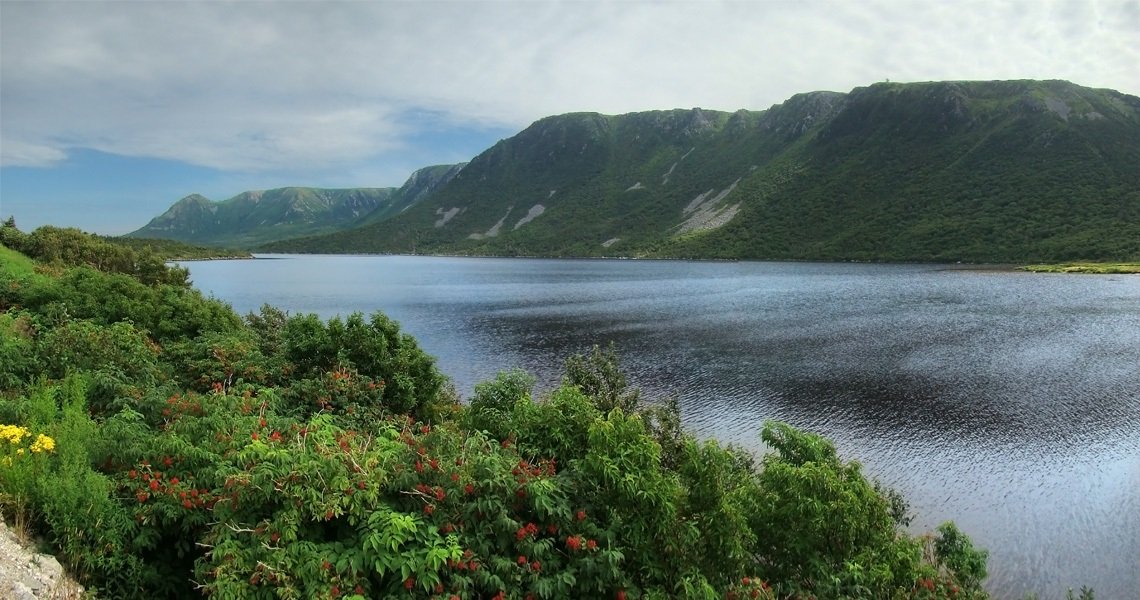 Canada is a country with many treasures. Four of its greatest gifts are the four seasons one gets to experience.

Winter – Winter generally lasts during December – March. Maple syrup harvesting is from February to April. The height of winter is freezing cold in most places, except for BC, where winters are moderate with a little snow. There are beautiful snowfalls and gusty winds and winter sports to look forward to. It is the perfect time of year to enjoy Canada’s famous and delicious Tim Horton’s coffee. For new immigrants arriving from warmer countries, warm winter clothing, toque and boots are recommended.

Spring – Spring arrives in this country with the arrival of tulips, songbirds, and warmer weather. It lasts between the months of April – June, and brings with it some calming rain showers. But never take this season for granted, because you could experience a massive snowstorm in the middle of May. It marks the start of barbecue season for Canadians.

Summer – Summer in Canada is usually June – August with hot, humid weather and lots of sunshine. Summer is the time to travel across Canada, enjoy volleyball of the beautiful beaches, go swimming, boating or jet skiing in the lakes, and spend weekends at a cottage.

Fall – Fall or autumn in Canada is a wonderful time of year. The cooler temperature provides relief from the heat and humidity and the leaves on the trees begin their transformation to stunning shades of orange, red, and gold. Many people do road trips to take in the spectacular fall foliage in Canada. Autumn can also be a good time to travel in Canada as high summer prices have subsided, but the weather is pleasant and you can take part in lots of outdoor activities like hiking, camping, whale watching, and more.