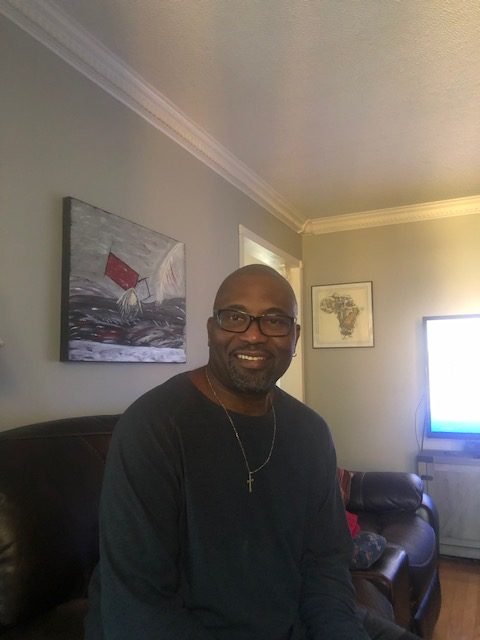 My name is Theo Azubuike, I arrived in Canada from Nigeria on January 2, 1982, as a foreign student at the age of 19. I have known my wife, who is a Newfoundlander, for 35 years and we have been married for 33 years, we have two grown daughters. Coming to Canada at an early age was quite an eye opener, knowing nobody here and I had to do everything on my own. First, I attended Eastern College to upgrade my high school credentials to Canadian standards. I also studied English as a second language. Once I upgraded my credentials, I enrolled at George Brown College to study Civil Engineering. Sadly, nine months into my program the Nigerian government stopped all foreign exchange currency from leaving the country. During this time, my parents were unable to transfer my school fees to Canada from Nigeria. This meant that I could not finish my program in Civil Engineering. (I wish I had A3CF to call for help) Because I was unable to afford the four-year civil engineering program, I had to find other means to survive by working odd jobs. I then applied and was accepted into the Toronto School of Business for a two-year Computer Programming Course. In March,1990 I began my career with Coca-Cola Bottling Limited. During my 31 years with Coca Cola, I worked in many different rolls and took opportunities to upgrade along the way, within the company. I am currently working as a DSIC (Driver Service In- Charge). I feel it is important when helping newcomers who come to Canada, to inform them of the numerous education streams that are available within the University and College Programs. This would include both white- and blue-collar job preparation. When I arrived in Canada, I did not know about all the different choices that were available within the Trades, it took me a few years to realize that I am a hands-on kind of guy. Enough about myself I look forward to helping the newcomers in the future